IVFCam in collaboration with the US based Women’s Democracy Network (WDN) Washington, recently trained and enhanced some 30 female Parliamentarians, Mayors and Councillors, drawn from 04 regions of Cameroon (North West, South West, West and Littoral Regions), on Good governance and Social Accountability, to enable them serve their communities and constituencies as responsive leaders. This project, managed in Cameroon by the WDN Cameroon Country Chapter, was implemented, through a 03 day intensive training workshop, that held at Azam Hotel in Bamenda. 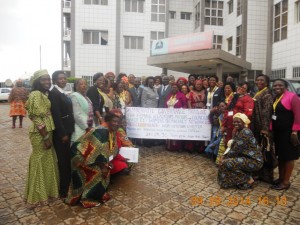 The training workshop whose theme was Communication and Social Accountability was held in Bamenda, in the North West Region of Cameroon under the distinguished patronage of the Senior Divisional Officer (SDO) for Mezam Division and the Regional Delegate of Women’s Empowerment and the Family, North West Region and had as objectives to: Enhance the ability of women legislators to conduct democratic governance once elected and; To increase public confidence in the ability of women to serve as responsive leaders. Key participants represented at the training workshop were drawn from government administrative services, the main political parties, heads of civil society organizations,

the media, and the National Assembly.

The WDN Cameroon Country Chapter Director and IVFCam C.E.O, Fomumbod Anne Stella, asserted that if women effectively lead in governance, then most of the laws and policies which are patriarchal oriented will be revised to the benefit of the disadvantaged comprised largely of women and children. She further recalled that prior to the September 2013 Municipal & Legislative elections in Cameroon, over 150 women were trained on leadership, under the infamous project funded by WDN USA, in what was dubbed “Women’s Leadership Schools”. 70 of these “students” gained enhanced skills in leadership, that made them stand as candidates on different political party tickets, succeeding as Parliamentarians, Mayors or Councilors. 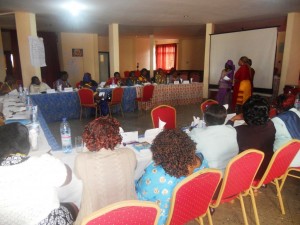 While lauding the efforts of WDN and IVFCam for this initiative, the 1st Deputy Senior Divisional Officer for Mezam, Jean Pierre Ndoumbe Dika assured that government will continue to support such efforts in ensuring that women become effective and responsive leaders. At the end of the training, participants arrived

at resolutions and recommendations, prominent amongst which were that, councils should be allowed to

determine sources of income for their councils and the nomenclature reflecting their council area; more women should be voted into office because they are more accountable than their male counterparts; accountability should be the watchword for all elected officials, especially female elected leaders.