Decentralization process in Cameroon: IVFCam strengthens the capacities of 389 councilors, 22 journalist and 25 civil society actors in 18 councils areas of 6 regions of Cameroon. 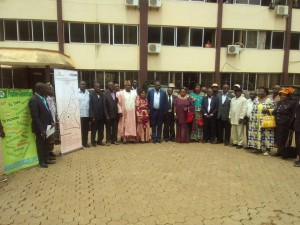 Following the training of trainers workshop on Decentralization, Leadership and Participatory Governance in September 2015, that trained representatives of target councils, journalist and CSO as trainers under the project: “Strengthening Grassroots Citizen Participation in the Implementation of Decentralization in Cameroon”funded by UNDEF, it was time for the trainers to in turn train their peers. As such, project staff went round the month of march supervising the restitution session in all 18 council areas of the country. Whether or not the capacities of these target group has been strengthen or not, we will only say for certain when they actually implement their various action plans adopted during the restitution in the next stage of the project which are the regional conferences.